Clipping Path editing service is basically done with Photoshop and tools. It is a full on professional work. So you have to be dependent on experts to do this because they are going to handle it perfectly. And you will be really glad to see the outcome they will bring to your image.

An image always depends on its pixels in order to look higher resolution and clipping path is also dependable on them because pixilation is an integral part of clipping path. So to get an expected outcome, it is very important to handle the pixilation work perfectly using clipping path. In clipping path, both 2D and 3D image cutting tools are provided which can produce images from any backgrounds & focused for use in various purposes. In sum, the object will be extracted and then the background will be edited. The clipping path edited images can be used in magazine covers, newspapers, and banners, exposing single photos, catalogs and ecommerce.

How to do it: Clipping path always referred to as a ‘closed/nearly vector path’ or ‘formation, structure’. It is also called as deep/inner etching. Once the clipping path procced is applied. Everything on the inside of the ‘line’, or ‘path’, is contain in the final cut almost everything in the outside is left behind. Anything you want not to appear in the finished image. Whether it’s a background/foreground or some other unwanted element such as a shadow or display stand. It can be removed. The expected accuracy of skilled experts using the Pen Tool far exceeds what can gain by any automated functions and tools. As a result we do not use any other too or system like the “MagicWand” for quick selection and path creation. Also all the automated tools/process in photo editing software like Photoshop packages and server solutions with heavy use of algorithms and systems we have tested, are most time imprecise with parts of the background still visible. Or very much ragged with an edge that looks badly pixelated and not preferable in a professional object.

Welcome to Clipping Path Quick (CPQ). In the world of image editing software, Clipping Path is an internet based graphic editing service provider outsourcing organization. We do all the possible photo editing service and provide 24/7 online service. From a simple to a super-complex Image Manipulation, Image Masking, Retouching, Mirror Effect, Vector Drawing, Image Colorization, Painting, illustration, Shadow creation, clipping the image, Web Designing – whatever the editing system you want we can serve it to you. 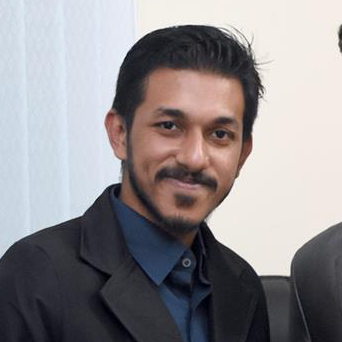 How to Have a Safe Product Photoshoot During Coronavirus Pandemic

The 8 Questions To Ask Before Hiring A Product Photographer

How to Create a Transparent Background in Photoshop

Changing the color of a photo's background can have a dramatic effect on how it looks and one...

How to Change the Background Color of a Picture

Changing the color of a photo's background can have a dramatic effect on how it looks and one...

CPQ is the best! CPQ team is really great - they do all the hard work!!!

Always a perfect out come I can trust this company with my images and the quality of retouch they produce. Thanks CPQ

excellent service Clipping Path Quick is always consistent and one time or ahead of schedule. I use them for all my product clipping needs.

Great Service & Quick Turnaround Clipping Path Quick, provided great service and a quick turnaround for my images. The whole process was smooth and the communication great.

Tested CPQ for the first time. They have a simple quote from and offer fast response. I got my background removed files as .psd files with layers. The exact way a asked for. I got my files within 12 hours. The quality of the drop shadows is good! I can really recommend this service!

I was referred to CPQ by the Proven Amazon Course, and I am here to tell you that they didn’t disappoint! I initially submitted three photos for background removal, with one of them having a very busy background, with lots of interference from surrounding objects. Instead of providing any direction on what I wanted removed, I just let CPQ do their thing. The results were FANTASTIC the first time! You won’t be disappointed! You’ve come to the right place!

Excellent communication throughout all stages of each job, along with quality work

I searched through maybe 40 to 50 different sites when looking for a service to edit our ecommerce photos, and finally decided to give CPQ a try. I am happy I did, because they have proven to be the best out there in my opinion.

The price point is at a sweet spot, low enough that it is competitive, yet at a point you aren't wondering if you will be getting back terrible quality. And the quality is anything but terrible! I never have any issues with the images I receive back, and especially with the crazy fast turn around time that's something to brag about!

I have used Clipping Path Quick several times now, and I have had an excellent experience each time: They get back to me very quickly, even on a Sunday night, they do excellent work, and it is a great value for my money.

No Credit Card and No Registration Required

Free Trial! Try us 3 images to check our quality.

First Request a quote/upload for the images you need editing.

Get your images as little as 6 hours.

Use edited images to sell lots of products and make your client happy!